Download it, clone it, have it sent via carrier pigeon (transportation charges may apply).  Find a bug, hit JIRA.  Have a question, try the mailing list or contact-us.

Blazegraph 2.1.2 is now on Maven Central.    You can also get the Tinkerpop3 API and the new BlazegraphTPFServer. 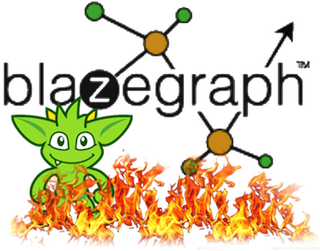 Tinkerpop3 is here!  Get it from Maven Central.

Everybody loves (and hates) Maven.  Starting with the 2.0.0 release, Blazegraph has been broken into a collection of maven artifacts.    This has enabled us to work on new features like TinkerPop3, which require Java 8 support while keeping the core platform at Java 7 to support users who are still there.   Checkout the Maven Notes on the wiki for full details on the architecture, getting started with development, building snapshots, etc.  If you have a 1.5.3 version checked out in Eclipse, you will want to pay attention to Getting Started with Eclipse and allocate a little extra time for the transition.

Are you interested in trying out GPU Acceleration for you Blazegraph instance? Contact us for a free trial!

There also many other features for improved data loading, building custom vocabularies, and many more. Check it out.

Stay in touch, we’d love to hear from you.